I have an electrifying experience to share with you, but let me first tell you a story…

It’s a sad story really, but one to which many of you can likely relate. 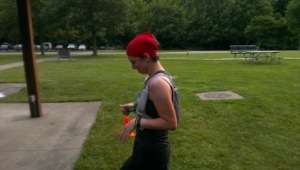 Once there was a girl who ran 50 miles.
Ok…so maybe not that part. Let me fast forward a bit.

I felt fantastic after the race. Honestly. But I did the recommended two weeks of light workouts. I truly was feeling great…physically. My HR was behaving as expected, my appetite had returned, and I could run, admittedly without the previous endurance…all in all, better than expected.

The problem was this…I didn’t WANT to run.
I was warned it could take some time for the “mojo” to return after a tough event. Luckily for me, I didn’t have any mojo before the race…so nothing to lose, right?

Enter the valley.
I’m not talking about that luscious green grass nestled between two peaks. 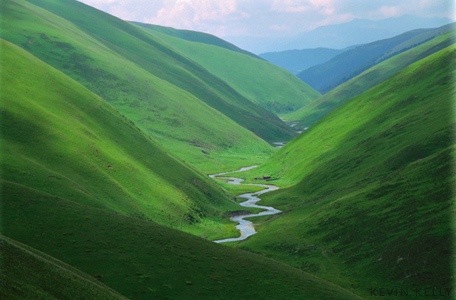 More like that dry, desolate space. Lonely and unnoticed, because everyone else is busy climbing a much more attractive mountain. 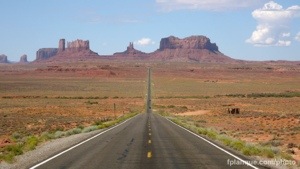 A place where no one wants to be. I had to get out of there. I needed a group run.

I contacted a few trail buddies to hook up for a midweek run. They were busy until Thursday.

Thursday? I can’t wait until Thursday!
I’m just going to suck it up and run. I know once I get going, everything will be fine. Just start.

Did I mention it was hot last week? And humid? Downright dreadful. I needed to run midday AND keep my HR in check. Dreadmill it is. Monday & Wednesday. Thursday’s morning run fell through, so that was on the dreadmill too.

Apparently, you have to run through the valley alone. The good thing is, there’s only one way out. Well two really, but I wasn’t going back the way I came. Onward. And up the next mountain. The variable is how long you stay in the valley.

Call it whatever you want, but I’d like to think everyone goes through a period like this from time to time. Especially after some meaningful event.

Yesterday…Friday, and my feet hadn’t touched a trail since last Saturday.

So when I saw Andrea was kid-free and hitting Darby Creek trails, I jumped at the chance. Not only had I never run there, but I hadn’t run with her in a while. I was ready to be done with hanging out alone in the valley, and I had a special milestone I wanted to share with her.

The first 4 miles brought no surprises. It was hot and humid with temps in the 90s and the heat index over 100…just as its been all week. The trails offered some shade, but with little breeze, we eased up on the pace. When we finished mile 4, Andrea informed me she was finished, but I wanted that last mile. We hadn’t felt more than a sprinkle, and I thought I’d be fine. I asked her to wait (in case I got lost), and headed out for a 1/2mi…and back.

Within 1/4mi, it was raining pretty hard, but the trees sheltered most of it. Until, that is, I reached an open space. I was instantly soaked. Refreshing!

Lightning.
I counted: one-one-thousand, two-one-thousand, three, four, five.
Five clicks away. I’m good.
The next one was four.
Almost to the turn-around.
Five again.
Turn.
And then it hit. Simultaneous light and sound.

I nearly jumped out of my skin. Time to get out of here!

When I reached the open space, a runner passed me. I made some joke about the weather. He said it felt nice, and I agreed…as long as we don’t get the hail. That was dumb to say. Hail. Not 30 seconds later, we got it. Pea-sized. Damn that hurts. I slid my sunglasses down even though it was fairly dark, just to keep the ice from pelting my eyes.

I thought I was lost. On the way out, I looked back at each fork, hoping I’d remember what it looked like. But it all appeared different now. Downed branches and leaves. Water washing out the trail. I kept going, and eventually saw the cars. I cut through a flooded field…splash, splash, splash…and stopped my watch. More than 5 miles. Goal reached. And then the rain quit.
Naturally.

Special thanks goes out to Andrea for dragging me out of the valley. I’m happy to be back on my way up the next mountain. And I couldn’t get there without my friends.

5 thoughts on “Running through the Valley”

Use the Discount Code 1MILE2GO to get 30% off your next ENERGYbits order!